Tolu ‘Toolz’ Oniru made the cover page of Y!
Magazine’s latest edition and was she
awesome or what?!
The truly endowed media personality
recently posted a picture off the widely read
magazine on her Instagram page wearing a
figure hugging jumpsuit accentuating what
we’ve always admired – her ample hips.

Posted by Unknown at 9:21 am No comments:

Posted by Unknown at 8:33 am No comments: Real name Tobechukwu Melvin Ejiofor, illbliss was born
and raised in the eastern Nigerian state of
Enugu (popularly known as Coal City). He
acquired primary and secondary education in
same city between 1983-1994 and subsequently
gained admission to study political science/
international Relations in the University Of
Nigeria in 1995.
Illbliss represents three aspects; consciousness,
lyricism and creativity.
His diverse approach to hiphop ranges from
social issues to love/relationships,peer pressure
and topics the average head can relate to, while
retaining elements of hiphop and ethnic
content, a virture which sets him apart from the
crowd.
Illbliss has won several awards and has worked
with Nigerian hiphop heavyweights like eLDee,
Mode 9, Cashino , Thoroughbreeds, Obiwon,
Rooftop MCs and many more

Posted by Unknown at 2:32 am No comments:

On the 23rd of December, movie star Mercy
Johnson-Okojie, donated various material to
5,000 widows in Uromi, her husband’s home
town.
The actress was able to achieve this through
her Mercy Johnson Okojie’s Foundation,
which is geared towards helping to improve
the conditions of less endowed people and
women in the society.
Each widow received a bag of rice, six yards
of super print, a bag of salt, groundnut oil,
tin tomatoes and maggi cubes.
See photos below:

Posted by Unknown at 1:32 am No comments:

Scientists Have Discovered A Drug That Blocks AIDS 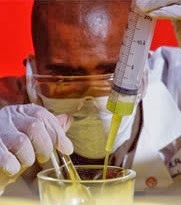 Scientist at the Gladstone Institutes have
identified the precise chain of molecular events
in the human body that drives the death of most
of the immune system’s CD4 T cells as an HIV
infection leads to AIDS.
“Gladstone has showed how the body’s own
immune response to HIV causes CD4 T cell
death via a pathway triggering inflammation,
and secondly by identifying the host DNA
sensor that detects the viral DNA and triggers
this death response,” said Dr. Robert F.
Further, they have identified an existing anti-
inflammatory drug that in laboratory tests
blocks the death of these cells — and now are
planning a Phase 2 clinical trial to determine if
this drug or a similar drug can prevent HIV-
infected people from developing AIDS.
Two separate journal articles, published
simultaneously in Nature and Science, detail the
research from the laboratory of Dr. Warner C.
Greene, who directs virology and immunology
research at Gladstone, an independent
biomedical-research nonprofit.
His lab’s Science paper reveals how, during an
HIV infection, a protein known as IFI16 senses
fragments of HIV DNA in abortively infected
immune cells. This triggers the activation of the
human enzyme caspase-1 and leads to
pyroptosis, a fiery and highly inflammatory form
of cell death.
As revealed in Nature, this repetitive cycle of
abortive infection, cell death, inflammation and
recruitment of additional CD4 T cells to the
infection “hot zone” ultimately destroys the
immune system and causes AIDS.
Siliciano, a professor of medicine at Johns
Hopkins University, and a Howard Hughes
Medical Institute investigator. “This one-two
punch of discoveries underscores the critical
value of basic science — by uncovering the
major cause of CD4 T cell depletion in AIDS, Dr.
Greene’s lab has been able to identify a potential
new therapy for blocking the disease’s
progression and improving on current
antiretroviral medications.”

Posted by Unknown at 1:14 am No comments: 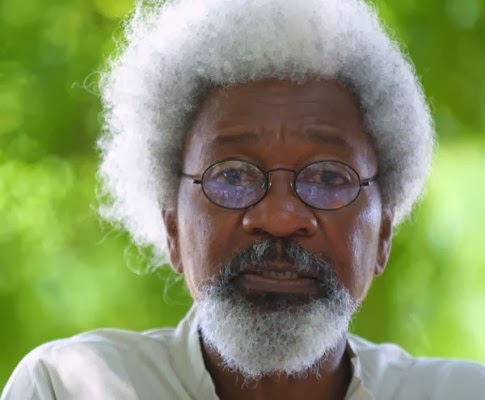 Iyetade Soyinka, the second daughter of Nobel
laureate Wole Soyinka has died aged 48. Ms
Soyinka, formerly Iyetade Apampa, died at the
University of Ibadan Teaching Hospital after a
brief illness.
She leaves behind two children and her parents.
May her soul rest in peace...amen.

Kanye bought a tiny replica of his Batmobile-
styled Lamborghini Aventador LP 700-4 for his
six months old daughter, North West, as a Xmas
gift. The child-size electric version of the rare
$750,000 black supercar car is said to be worth
thousands of dollars. A car North can't ride for
years to come.
Kim posted the pic above on instagram
yesterday, with the caption ''Like father like
daughter''. 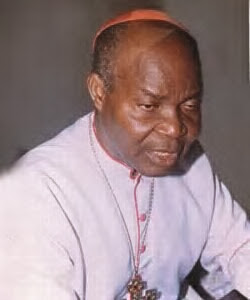 Former Bishop of Lagos, retired Cardinal
Anthony Okojie has finally reacted to the
offensive remark made by Chris Okotie of
Household of God where he said all Catholics
will go to hell because they worship Satan and
are led by an anti-Christ Pope. (If you missed it,
read it HERE)
Reacting, Cardinal Okojie said Okotie needs to
watch what he says or he'll be disgraced
“It is always good to talk on what you know,
not on what you do not know. The problem we
have today is that a lot of people put their
mouth in what does not concern them because
they want people to know that they too are
there; that they can be reckoned with.
“I don’t think that is the way to do things, no. I
think the best thing is to always put your
mouth where God puts it, if you don’t want to
be disgraced.” Okojie said